We left Santo Stefano di Sessanio in a hurry because Daniele, our driver, had told us that the place where we were going to eat in Campo Imperatore closed at 8pm. The road curved around mountain tops and wound its way through the Gran Sasso National Park past sheep and cattle tracks. Then we descended into a vast plateau and came across a herd of cows, some of which blocked the road for a few minutes! Slowly they made their way to the other side and we continued on. 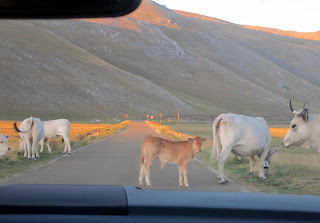 Daniele told us that some of the Spaghetti Westerns - a sub-genre of Western films dating from the mid-1960’s - were filmed here (as well as in Spain). As we drove along past the miles of open, uninterrupted land surrounded by mountains - I could just imagine cowboys galloping by. It really does look like the old Wild West complete with semi-wild horses, golden eagles and peregrine falcons flying overhead. This unspoiled landscape provided the perfect background scenery for these films. 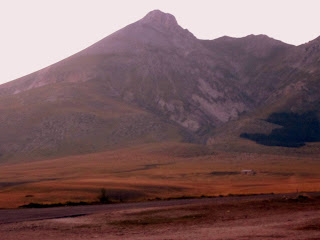 In the lower plateau of Campo Imperatore there are wooden log cabins that were originally built to equip the cinematographic sets of these legendary Spaghetti Westerns. Years later these cabins were left to the families of shepherds. Ristoro Mucciante is one of these and is open from April to October. 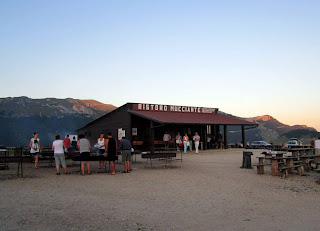 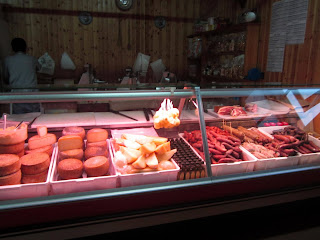 Outside there are many wooden benches and tables scattered around and several burning braziers available so that you can cook your own meat after you purchase it. We cooked it in two batches, about 10 minutes for each one. It is a fun and very special way to enjoy typical Abruzzese food. The embers in the charcoal of the coal brazier (fornacella) were already glowing. The air temperature dropped to 18C so it was also a nice way to warm our hands, because we actually started to feel cold. It was strange, because back in Ireland 18C would be considered to be a warm summer’s day. 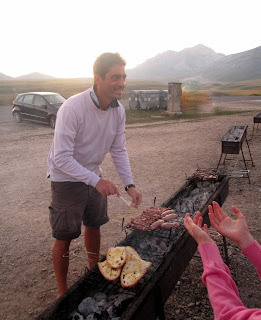 They provide the disposable plates, knives, forks and plastic cups, so you don’t have to bring anything of your own. The price for 50 skewers of arrosticini, bread, olive oil, 5 sausages, water and beer was €45 (not bad for a meal for 5 people)! If you'd prefer to have this food served to you rather than take the risk of cooking it for yourself, you could try the other Ristoro in Campo Imperatore that Bodach of About Abruzzo went to. 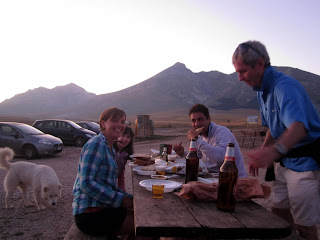 I had my first taste of arrosticini on ferragosto 2007 and I loved them from the very first bite. Accompanied simply by sausages, crusty bread drizzled with delicious olive oil (from Loreto Aprutino) and Perroni beer this rustic traditional food was so enjoyable. The sun was setting as we took in the expansive surroundings, sitting out the middle of nowhere. 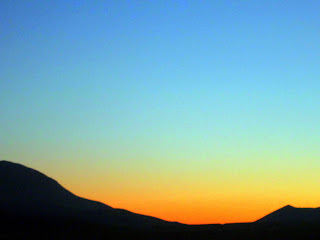 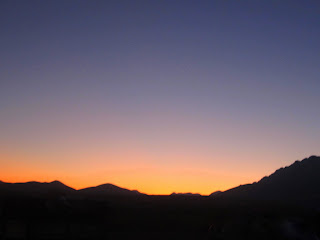 When the lights of the Ristoro went out Daniele put his car headlights on until we finished eating as we were the last to leave. Then he announced dramatically “and now for the light show - everyone look up” …

He switched off the headlights and we were awe-struck as we gazed up at the layers of thousands of stars in the black night sky. We could even see the Milky Way directly above us. It was truly an amazing sight, humbling and magical, and a perfect end to an unforgettable day…
Where is Campo Imperatore? 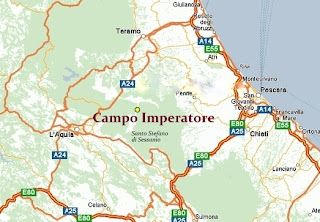 Click on map to enlarge
Posted by Nora at 9:15 PM